Half of Linda’s heart lives in the Kootenays which was home for much of her life.  After spending some time in Vancouver Linda moved to Victoria to be closer to two of her kids. She holds a Master’s in Civil Engineering specializing in Urban Water Engineering and Management with UNESCO. Because of her immense knowledge of water Brandon has dubbed her the “most overqualified barista.”  Linda’s love and appreciation for coffee really flourished when her and Brandon biked the Camino in Spain. It was there that she first appreciated the beauty and depth of coffee all on its own. Today Linda balances her life as a civil engineer, while voraciously soaking up new learnings about coffee every day.  Linda is also the mastermind and recipe creator of the baked goods Shatterbox serves. Her carrot cake has been ranked tops in Victoria. You have to try it to understand.

Brandon’s connection to coffee stretches back to his roots in Kenya – the birthplace of coffee. Since being in North America Brandon has been a touring musician for 25 years, a chef, and even a realtor. A self-described coffee snob, his go-to drink is an Americano and he’s tried every Americano that Victoria has to offer. He’s called Victoria home for 30 years with a brief stint in Thailand in the middle of that. In Thailand he ventured back to his musical roots becoming an entertainer playing covers in restaurants, bars, and hotels. His repertoire spans everything from Bruce Springsteen to Bruno Mars, and beyond. Now, back in Canada, Brandon has plunged head-first into running Shatterbox. Brandon’s own convictions about quality and sustainability inform everything from the largest ideas to the smallest details of how Shatterbox is run. You can catch Brandon riding around town on his ebike, or walking to find his Modo. If you do, be sure to ask him about the Ethiopian coffee experience. It’s a great story that’s well worth your time. 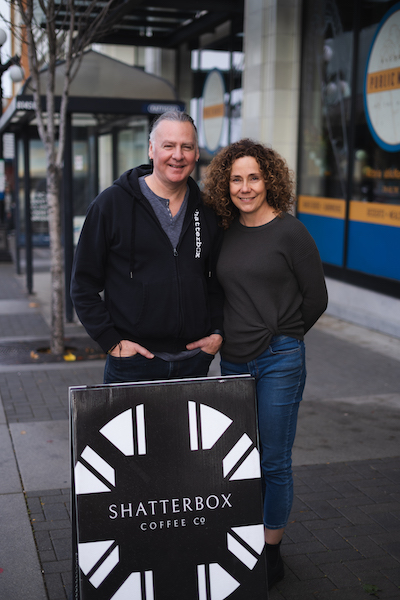 Shatterbox was started by Kalen Harris who trained as a barista in Germany. There he learned about blending coffees from different origins to create a really balanced, and dependably consistent product. It’s the consistency of Shatterbox’s coffee that hooked Brandon as he tried every Americano in Victoria. Brandon became a loyal customer even driving across town just to get his coffee from Shatterbox.

When life circumstances forced Kalen to step away from Shatterbox in 2017 Brandon could not stand to let the business disappear. He and Linda bought Shatterbox to keep the legacy of the most consistent cup of coffee in Victoria alive.

When Brandon went along for the adventure with Linda to do her Master’s abroad a team managed Shatterbox and kept operations going on the ground back in Victoria. When the pandemic hit  Linda quickly returned to Canada to be with family. Little did she know that her return meant a 4 day crash course in running Shatterbox before being handed the keys to run it. As things began to shut down in Thailand – where Brandon still was – the entertainment business was drying up, and with it Brandon’s means of income. He soon joined Linda back home in Victoria and together they committed to keeping Shatterbox going. Instead of seeing the slow, quiet streets that marked downtown Victoria in the early months of the pandemic as a nail in the coffin for the business, they saw it as an opportunity to reinvigorate the business and bring it back up to the standards and values that they hold so dear. The need to create more revenue in a time that was hard for the food and beverage industry led Brandon to make his own soups for folks to take home for supper while picking up their morning joe. That now has turned into its own business – the Big Spoon! 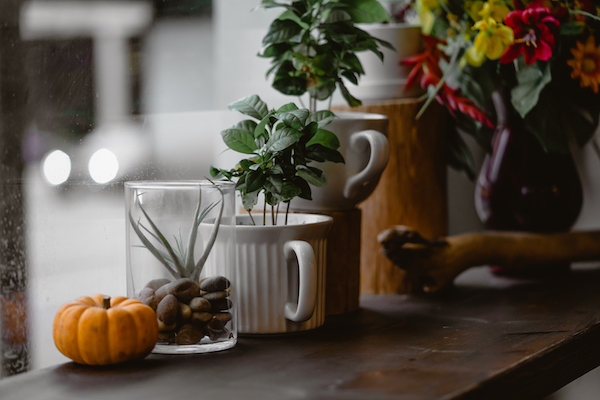 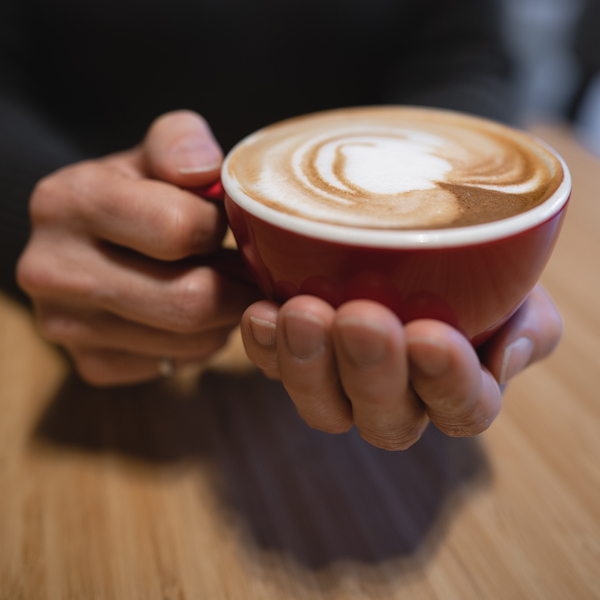